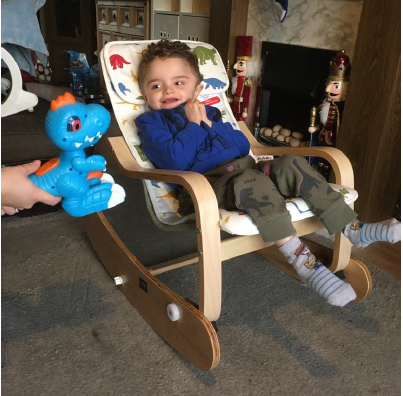 Oliver was born with a brain tumour and the operations and chemotherapy he has undergone over the last 4 years has slowed his development meaning that he is unable to walk or crawl. He has a rocking
chair which he is able to lie in and rock himself but he is outgrowing it. The problem was to find a chair which would hold him in reclined position, and allow him to rock himself by swinging his legs.

A Childs POANG CHAIR was obtained from IKEA and fitted with rockers made from 18 mm. ply, which could be adjusted so the chair could be used in a reclining position to start with, and moved in increments to a sitting position as Oliver gained strength and control. 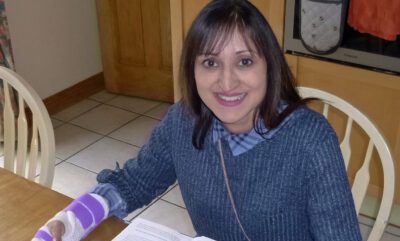 The client has suffered motor-impairment of her hands and fingers and can no longer hold and manipulate a book. A device had to be made to hold an adult paperback book of any of the current popular sizes with up to 500 pages and which enabled the client to easily turn each page, either backwards…